Here you go, and then I'm off to the Borat movie.

1-These guys, the Bush twins, are going around Nevada in support of Senate candidate Jack Carter. 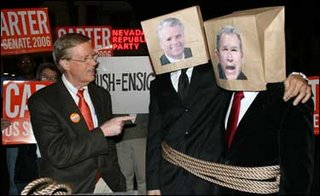 I didn't put Carter in my Senate preview because I've seen no reason for optimism in his race to unseat Sen. John Ensign (that's the other guy pictured). But he's run a bold and strong race. He doesn't have a lot of institutional support in the state. I don't know if the Harry Reid/John Ensign "deal" still holds or not. 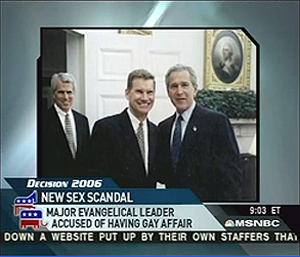 Haggard has always bragged about having direct access to the President, and he's been quoted as saying his only disagreement with the President is what kind of truck he likes. 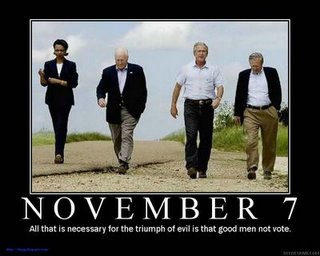 By the way, I wanted to say thanks for the biggest traffic week of my short blogging career. It'd be a blip on the radar screen to the major-league guys, but for me it's significant, so thanks for reading.