Here's John McCain saying "BOORRRR-INGGGG" with his eyes over the deaths of Colombian labor leaders:

And here's him making air quotes to deride something so frivolous and mockable as women's health.

The reason John McCain is losing this race has something to do with the fundamentals, but also because he's simply an arrogant asshole. This is why independents are laughing in his face. He's inauthentic, hollow, callous, and believes he should have the Presidency handed to him by divine right. His delusions of grandeur aren't playing well.

He's also a liar, and so are his friends:

Verizon spokesman Jeffrey Nelson attacked The Post's story as "wrong," saying, "Verizon received a request from Mrs. McCain, but declined. Subsequent to that, the Secret Service made a legitimate request for a temporary tower for its work and Verizon complied as is required by our contract with the agency."

However, interviews and public records filed in the development services offices of Yavapai County, Ariz., reveal a different timeline. Getting cell coverage was the culmination of an effort begun in early 2007 by Cindy McCain, when her staff first requested coverage through Verizon's Web site, according to the McCain campaign. After discussing the matter with the company, Mrs. McCain offered land for a permanent cell tower. She gave Verizon authorization to act on her behalf to seek permits from the county. Verizon hired contractors to draw up the plans and Cindy McCain signed a contract in May.

After a regulatory hurdle delayed installation of the permanent tower, Verizon received e-mails from the Secret Service asking about coverage in the area and asking for the process to be rushed. Verizon's contractor then petitioned for a cell site on wheels. It was installed in June. 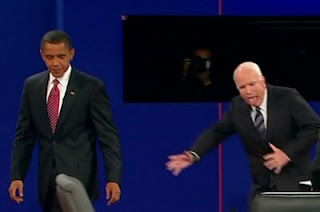 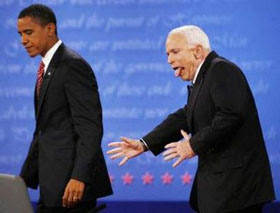