Here's the result of today's gold-panning:

1) CT-SEN: A little hypocrisy from the Connecticut for Lieberman party. 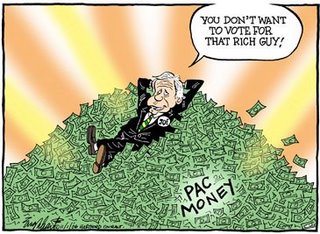 (incidentally, I heard from some people out in Connecticut that the state party is not devoting the kind of resources to Lamont that they would normally do for a Senate nominee. I keep hearing about Lamont's great GOTV campaign, and the race is tightening, but every damn muckety-muck in the state is hedging their bets. I'm hopeful, but it's tough to fight City Hall. In a way it makes me want to fight more, though) 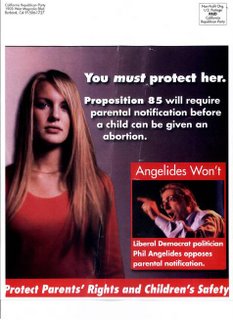 Prop. 85 would endanger children. Everybody wants to reduce abortions, but not every family has the same level of communication. You'd be asking kids to confront abusive parents. The waiver from a judge is ridiculous. You find me the teen that would be able to face a court, or that would even want to do so. Oh yeah, and the voters already defeated this last year. Why am I voting on this AGAIN? Incidentally this is being put out not by the Yes on 85 people, but the California Republican Party. That's where they are. They are not so-called moderates like their standard-bearer governor. 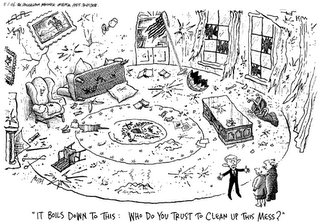